Why Buffett Doesn’t “Get” Bitcoin”

Warren Buffett is the most famous name in stock investing, the second richest person in the world, and a leading expert in valuing companies and securities. He also is a big investor in banks, including Wells Fargo, Goldman Sachs, and Bank of America. So he has a lot of vested interest in the current monetary and financial system. 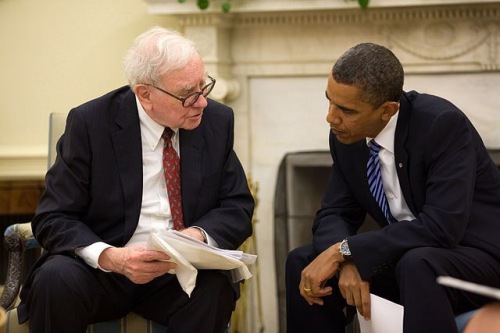 He recently said that bitcoin is in a bubble, which may well be true. He also said “You can’t value bitcoin because it’s not a value-producing asset”. This is not correct. Bitcoin can be valued, but not like a security or a company, which is what Buffet does so well.

As we have written elsewhere, bitcoin is a currency, money, a cryptocurrency. Some will say it is a digital asset, like a digital gold. We say it is Money 3.0 (fiat is Money 2.0, gold and silver coins were Money 1.0).

Do these have value? They are just paper with symbols, special printing and special threads and even holograms.

Yes, money is intended to be a store of value, a medium of exchange, a unit of account.

Bitcoin is a unit of account in a secure, distributed ledger. It has been a much better store of value than fiat currency in recent years.

Money is valued by what you can exchange it for, its utility. It is valued against other currencies. Bitcoin is valued the same way, and by the vitality of the bitcoin economy.

Within the cryptocurrency world, bitcoin is the reference benchmark, just as the US dollar is globally. Bitcoin gets valued every day, every minute against all major fiat currencies and against hundreds of cryptocurrencies. Like those currencies it has an economy and a turnover (or velocity) of the currency.

One thing we don’t normally think of with respect to cryptocurrencies is interest, or dividends. It is possible to lend out bitcoin for interest, as one can do with dollars, euros, or even gold. But bitcoin has effectively thrown off two special dividens this year, in the form of forks of the bitcoin blockchain. These are known as Bitcoin Cash (forked in August) and Bitcoin Gold (forked in October). Collectively, those two are worth close to $500, representing over 8% dividend rate to date during 2017, based on the current bitcoin price.

And for someone who bought at the beginning of the year, when bitcoin was under $1000, the dividend is around 50%. Not shabby, and a reasonable reward for the volatility.

Bitcoin is a technology for internet money, network money independent of any government, and can be a bit hard to fathom for the newcomer. Buffett has always said he does not understand technology.

Bitcoin’s future value? It all depends on how the economy around bitcoin develops, but it will be quite an adventure.